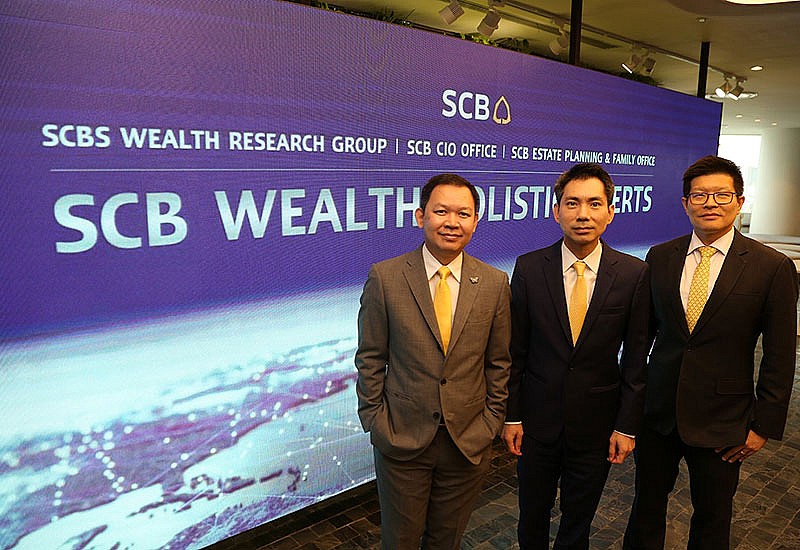 Fresh news feed which always update for you here. You will never miss any news and events from SCBS.

“SCB Wealth Holistic Experts” have shared views on the global economic outlook during the latter half of 2019. The easing financial policy adopted by the US Federal Reserve and central banks around the world will be the factors determining investment direction.  Amid prolonged trade disputes that have expanded to many countries causing further market volatility, it is expected that the US dollar will continue weakening compared to other major currencies.  SCB experts recommend short-term investment in the US and Chinese stock markets in line with market sentiments, while focusing medium-term investment on listed companies in the Vietnamese stock market, which has demonstrated outstanding valuation and profitability.  Due to the increased clarity of Thai politics with the new government being sworn in, the Thai stock market will be boosted by capital inflow, which will help improve the overall economy.  SCB expects that GDP for 2019 should stand at 3.1 per cent, with the SET Index moving around 1700-1750 points in the latter half of the year.  Five recommended stocks include AMATA, ROJNA, CHG, KTB, and IVL, which will benefit from favorable domestic factors and government policies.

During 3Q19, the new 15% corporate income taxation imposed on mutual funds investing in deposits or fixed income securities with earnings from interest or discounts will be effective from 20 August 2019 and enforced only on new debt securities invested after the effective date.  However, individual and corporate investors will be exempted from the income tax as returns on investment have been taxed from the funds.  Tax privileges provided for LTF will expire in late 2019. It is expected that a new type of fund will be introduced to replace the old scheme, which await further details.

Mr. Sornchai Suneta, Executive Vice President, Investment Advisory, CIO Office Function of Siam Commercial Bank, sees an easing monetary policy adopted by the US Federal Reserve and other central banks around the world during the latter half of 2019 that will be a factor in determining investment direction.  Meanwhile, the trade rift between the US and China is not expected to end shortly despite the exclusive negotiations between President Trump and Xi Jinping during the recent G-20 Summit that improved market sentiment.  However, the conflict has expanded to many countries and will continue to affect the direction of market volatility until the next presidential election. It is believed that this trade policy was adopted as part of the “Make America Great Again” campaign to increase President Trump’s popularity before the presidential election in November 2020.

Central banks worldwide will adopt a more relaxed monetary policy in an effort to boost the economy and maintain policy space with the lowered US interest rate to avoid pressure on exchange rates and worsening exports.  The US Fed is likely to cut interest rates to the lowest level, with two policy rate cuts expected this year.  This will be considered a positive sign that the Fed is ready to quickly pursue a monetary policy to boost the immunity of the economy before any severe conditions set in.  The measure will help lessen concerns about the economy transitioning to a recession next year.  President Trump has also been pressuring the Fed to cut interest rates for some time and commented that the Fed’s 1% rate hike the previous year has dragged down the economy and the stock market.  The president will also nominate Mr. Christopher Waller and Mrs. Judy Shelto to serve on the Fed Board of Governors, both of whom support a dovish monetary policy

Investment Strategies for 3Q19
Despite a positive outlook, short-term investment is recommended in line with market sentiments:

However, investors should avoid long-term fixed income investments.  Despite a downward interest rate trend, pricing has already realized its impact.  If the rate cut is less than the expected level, it could raise the yield curve and bond prices could drop further.
Investors with low risk appetites should go for investments with flexible policies, such as funds with mixed assets in both bonds and equities, both in Thailand and overseas, or protected principal investments.

Mr. Sukit Udomsirikul, Managing Director and Head of Research of SCB Securities gave his view on the Thai economy, stating that contraction was evident during the first quarter, particularly in the international sector.  Exports of goods and services shrank by 4.9 per cent yoy, taking its toll on a GDP with significant negative growth of -3.6%.  The drawback also pulled down 1Q19 GDP, which expanded only 2.8%.  Therefore, it is critical for the economy to rely more on domestic consumption and investments, including tourism.  SCBS has cut its GDP forecast for 2019 to 3.1%, down from 3.3%.

The Thai stock market is expected to benefit from capital inflows.  As the new cabinet is sworn in, the overall economy is expected to improve due to the increased political certainty and the implementation of policies to sustain the economy, which will help boost confidence in the business sector and by investors.  The SET Index for 2H19 is expected to move between 1700-1750 points.

Investment strategies for Thai stocks: The Thai stock market is seen still carrying low risk arising from the current trade dispute.  While net profit projection of listed companies is nearly concluded, the SET Index during the 2H19 is expected to move between 1700 – 1750 points.  The top picks for 3Q19 will be focused on stocks with domestic plays that will benefit from economic growth and government policies and are more outstanding compared to those with global plays.

The Revenue Code Amendment Act No. 52 B.E. 2562 (announced in the government gazette on 22 May 2019) requires collection of corporate income tax from mutual funds established under the Securities and Exchange Law.  Under the new legislation, a 15% tax will be levied on mutual funds investing in deposits or fixed income securities, while generating returns from interest or discounts considered interest revenues according to the definition of assessable income under Section 40(4)(a) of the Revenue Code, which will be effective 20 August 2019.  According to a cabinet resolution dated 25 June 2019, there will be a secondary law issued to exempt such corporate revenue tax imposed revenues under Section 40(4)(a) of the Revenue Code incurred before 20 August 2019, including certain types of mutual funds, such as provident funds governed by a specific law and not considered  mutual funds under such laws, and RMFs established as an investment vehicle for long-term savings for retirements.  However, juristic person investors will be excluded from personal and corporate income tax for profits generated from fixed income funds and capital gains derived from sales of fixed income funds (individual investors have been exempted from the tax) to avoid double taxation as returns on investment have been taxed from the mutual funds.  Since the new legislation, effective 20 August 2019, will affect fixed income investments made after the new law takes effect, it may have mild impact on overall fund returns as fund assets consist of both tax-exempted (existing portion) and non-tax-exempted (new portion) fixed income securities.  Mutual funds still have time for adjustment before the law takes effect.

In addition, a new type of mutual fund will be introduced to replace LTFs, which will cease to enjoy tax privileges in late 2019.  The new type of fund is being considered in terms of investment portions which will focus on projects supported by the government, such as infrastructure and sustainable projects, good governance, SMEs, and S-Curve stocks.  Currently, the holding period and maximum amount eligible for tax privileges are awaiting a decision by the new government as part of its tax policy. 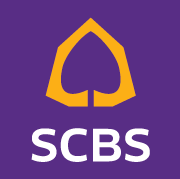